Time for a Local Champion for Eddisbury 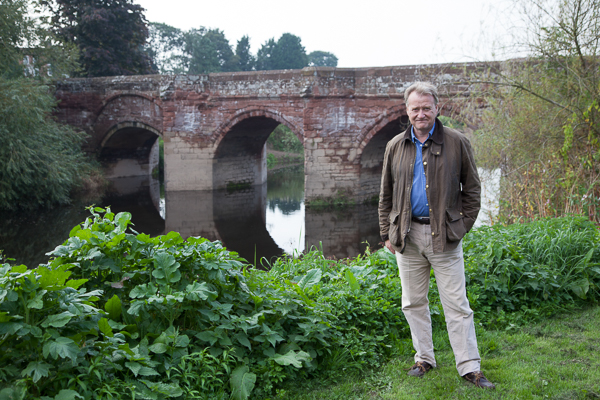 My final campaign email went out today and has a had a terrific response.The text of my email is below for those who did not receive it.Tomorrow is polling day ! Hopefully the day when bring change to Eddisbury !! Thanks for all your support its been a privilege to be part of the campaign.

I just wanted to drop you a note today to say thank you for the friendly reception I have had on doorsteps around Eddisbury over the last three  months of my campaign.   I have had a terrific response in person and online. You can find out about me and my campaign here.

As the only major party candidate who actually lives here in Eddisbury with my family I am getting a strong message that the electors of Eddisbury are ready for change.They are fed up with our constituency being treated like a Conservative Party fiefdom with candidates parachuted in from elsewhere.  The last two Conservative MPs arrived from London, stayed a little while and then left to join international organisations. So much for commitment. Eddisbury is classified as a Conservative 'safe seat' but I think this time things are different.All around the UK support for both Conservatives and Labour is dropping as a share of the national vote and I very much expect that to continue at this election.  Many local voters who have not voted for us before are pledging their support. In 2010 we were the challengers in this Constituency and our nearest rivals Labour have never beaten the Tories here.

Eddisbury and Winsford have been neglected by Conservative and Labour respectively over many years. It's a classic example of 'safe seat syndrome'. There has been far too much indiscriminate and speculative development in the rural villages and towns and far too little development in Winsford, particularly the Town Centre, which has been neglected by both Labour and the Conservatives.   Winsford has some catching up to do especially if you see the progress in recent years in Chester and Northwich, both in marginal seats where voters are clearly not taken for granted.

Eddisbury is 601st out of 650 UK constituencies for High Speed Broadband, an essential service for homes and businesses, and that's simply unacceptable. Only faraway constituencies like the Orkneys are slower than us and if we want our businesses to thrive and our children to be educated properly, this has to be addressed urgently. The Conservative candidate has shown her real feelings for Eddisbury by declining to attend the recent Audlem hustings to talk about it shocking many loyal Conservative supporters. The Conservatives take your vote for granted. There's a real groundswell of anger at being taken for granted and a strong desire for a local champion like me. You can see my personal pitch to the Eddisbury residents here and my pitch on the national challenges we face here.

My passion is to protect the beautiful towns and villages of Eddisbury from indiscriminate and speculative development, support employment opportunity and health access for all; and ensure our children have the best possible education.Developing our communities means putting residents first, not developers.Access to services such as doctors, school places and rural transport and telecommunications needs must be built in early in the planning system not left to be dealt with later.   We need to ensure we strike the right balance between growth and jobs, people and the environment.

The Conservatives admit the Election looks really close here .So your vote counts. Scientific studies show that if you make a plan to vote then you’re much more likely to end up voting.So please do encourage your friends and neighbours locally to make a plan to vote - they can vote from 7am to 10pm on Thursday.Even if you don't normally vote for my Party use this opportunity to make a real change for the better.

If you are going to support me please let me know and spread the word by forwarding this email to friends and family and going on to Twitter and Facebook using the links below to help my campaign.

I very much hope you will put you faith in me as your local champion.