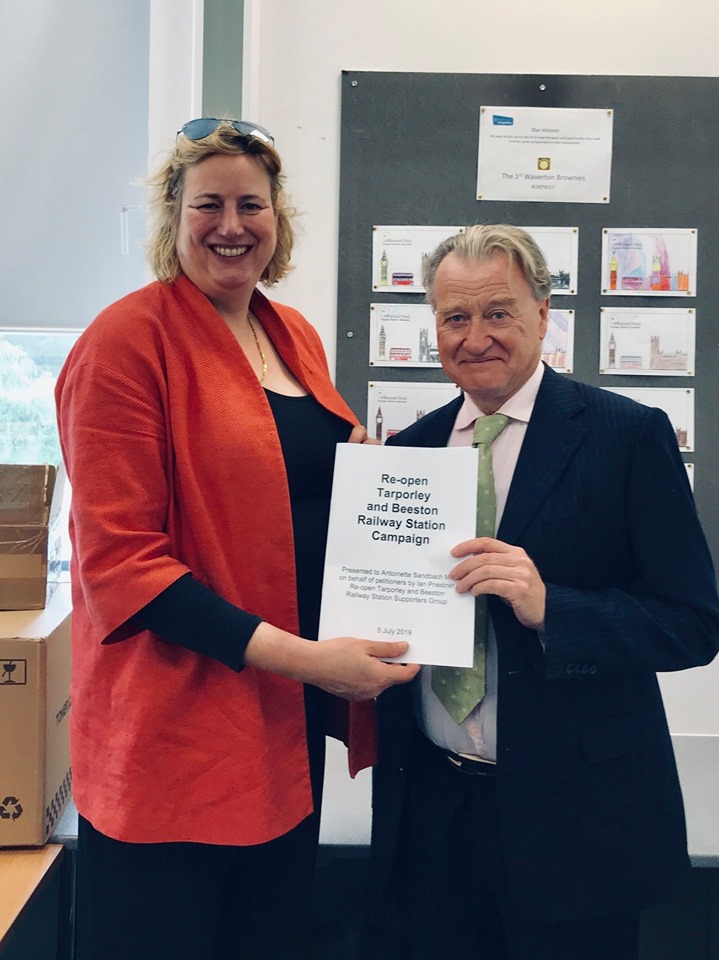 On the 6th July, I presented my Petition signed by 1265 mostly Tarporley and local residents, urging the re-opening of Tarporley and Beeston Railway Station to Antoinette Sandbach MP for Eddisbury.

Antoinette has undertaken to raise the re-opening of the Station directly with the Minister for Railways in the Department of Transport.

Tarporley Railway Station, if reopened, will allow easier access for many local residents to Chester or Crewe and beyond.

It will boost convenient access critical for local tourism including the Castle at Beeston, canal boat recreation and the ice-cream farms and other local Cheshire attractions.

It will also support the health of the High Street in Tarporley and the wider local economy.

It will provide a local hub for bus services, improving access and reducing isolation. It will combat rising car use, reduce environmental damage and delays to commuters and residents.