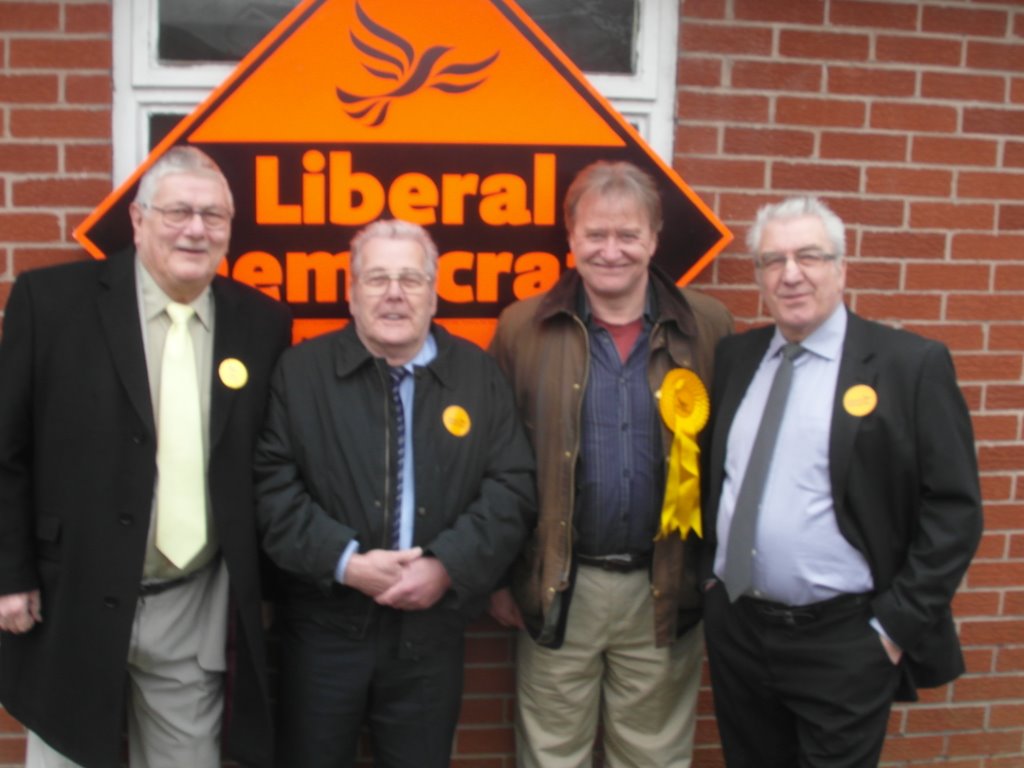 Hot on the heels of other new members and volunteers comes the news that we have two new members to add to our successful team of councillors and candidates in Winsford.
Ken Isherwood and Gordon Robson (from left to right Bev Theron,Winsford Town Councillor,Ken,Ian Priestner and Gordon) both joined the Liberal Democrats last week.
Ken has lived in Winsford for many years and after a distinguished career in the Army he was an HGV Driver until his retirement.  He was a volunteer adviser at the Citizens Advice Bureau in Winsford for nine years
Gordon is a retired Miner and worked  at various pits in the Staffordshire coalfield for 25 years and is now a part time presenter on Mid- Cheshire Radio.
Ken and Gordon joined us because he they have seen that when you elect a Lib Dem they get things done.  Both feel that Labour has taken Winsford for granted for so long (two of the Labour Candidates who will be looking to get elected in May don’t even live in Winsford).
Ken will be standing for us in the Verdin Ward of Winsford Town Council and Gordon will be standing in Swanlow ward.
Ken and Gordon join the Lib Dem team in Eddisbury working hard across the constituency.  More and more people realise that only the Liberal Democrats can offer a strong economy and a fairer society.  At national level we offer stable government that won’t lurch to the extremes of left or right.   At local level we work hard to represent residents.