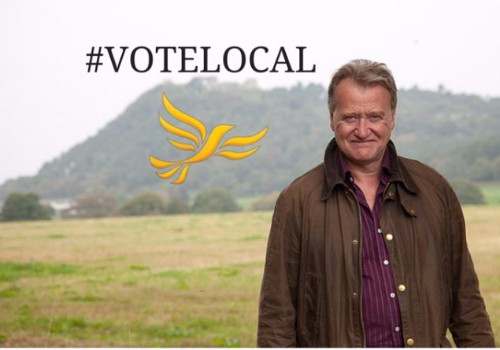 Today I am releasing the following statement to the media:

Ian Priestner, 59, who fought the seat of Eddisbury at the last General Election in 2015, has been selected by Eddisbury Liberal Democrats to be the Prospective Parliamentary Candidate for the seat in the event of an early General Election.

Ian, who lives near Tarporley in the heart of Eddisbury with wife Jenny and daughter Victoria, took the Party's performance from 37th overall out of 75 seats in the NorthWest to 9th, gaining 9.2% of the vote.

His career, primarily in the energy and water industries, stretches over 35 years and he comes from a NorthWest-based farming family.

He is currently campaigning to re-open Tarporley Railway Station and the petition to support his campaign is on his website;

Further details on Ian and Liberal Democrat policies are also available on his website.